Natural Gas Can Be Good for the Environment and Economy 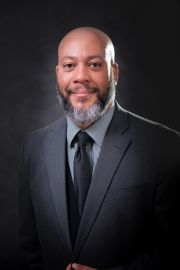 Originally Run in the American Press on April 12, 2022

Last month, an expert in energy policy visited Lake Charles and shared a message for residents in both Southwest Louisiana and Southeast Texas.

"We need help to get Washington to understand how important it is to develop our own energy resources and not have to be dependent upon countries like Russia,"  said Christopher Guith, Senior Vice President at the  Global Energy Institute/U.S. Chamber of Commerce. "We need help from real voices, real Louisianians and real Texans, for the word to get back to Washington D.C."

If you spend time surfing the Internet on issues of energy and national security, Southwest Louisiana and Southeast Texas news stories pop up regularly. This is especially true since Russia invaded Ukraine.

The reason? Our areas along the Gulf coast are home to liquefied natural gas export facilities with others being planned.

Prior to the invasion of Ukraine, competition in the world market was fierce among LNG competitors. As well as it should be in a free market society. Once the war started and energy products from Russia became taboo, the economic and philosophical arguments to make America a clean energy-independent nation and provider to our allies have intensified.

Guith regards the American LNG industry as an example of "unfulfilled potential."

"America has more energy than we know what to do with. We need to help our own country and our allies around the world. We just need to have policies that foster development," he said.

Advocates of American business are working hard to promote the natural gas industry and LNG exports. SWLA and SETEX residents share a culture, work ethic, and a stake in the natural gas/LNG sector and we all need to pay attention to what is occurring in the world and facts about the energy sector.

According to the agency's data, natural gas usage impacts the economy:

The agency argues that natural gas usage has a positive impact on the environment:

Guith wants locals to participate in the energy debate. He wants you to write or call Congressional members and support policies that will allow America’s energy resources to be used for us and the world.

“We can do it and have the cleanest production in the world and help our economy and allies,” he said.

To learn more about the Global Energy Institute and the policies it advocates for visit https://www.globalenergyinstitute.org/.

The Alliance/Chamber SWLA encourages our Chamber family and the public to be informed on issues impacting all of our lives.

Eric Cormier serves as Vice President of Policy and Strategic Development at the Southwest Louisiana Economic Development Alliance. He can be contacted at 337-433-3632 or ecormier@allianceswla.org.

Submit Comment
Go Back
About Us
Events
News
Blog

As part of Cameron LNG’s ongoing support of the SWLA Alliance Foundation, the company recently presented a check for $12,000 on March 9, 2022. These monies include their Chamber SWLA membership dues, sponsorships, and a $5000 donation to
the Alliance’s Foundation. Their donation will help address the critical issues facing our region: business recruitment, and business retention and expansion.

“2021 was another year of challenges for our region.  At the Chamber and the Alliance Foundation we were kept on task due to the steady leadership from last year’s Chair, Jim Giffin. While we were unable to show our appreciation to Mr. Giffin at our Annual Banquet due to quarantine precautions, we were happy that we got this chance to property thank Mr. Giffin for his service to the Chamber SWLA Board and the Southwest Louisiana business community as a whole,” said Chamber SWLA / SWLA Economic Development Alliance President and CEO George Swift.

“Rural businesses play a key role in Louisiana’s ongoing economic growth and diversification,” LED Secretary Don Pierson said. “Our commitment to rural revitalization remains a priority, and our partnership with the Edward Lowe Foundation is one of the many ways we leverage available resources. Today, the state can spur rural economic growth by providing rural entrepreneurs with state-of-the-art tools and more of the critical resources they need to be successful.”

Our side of the world, due to multi-billion dollar investments in LNG facilities development, was already garnering attention in energy magazines, trade journals, and business news.