Ship Channel essential, and so is funding for its maintenance 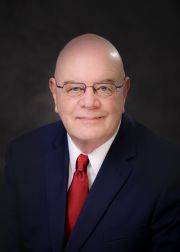 The Calcasieu Ship Channel is a major force in the Southwest Louisiana economy. By some measures, it’s the single largest economic component of all.

The waterway is essential to industries, businesses and agriculture to move materials in and local products out. It is also “America’s Energy Corridor,” serving the petrochemical sector’s needs and facilitating world-class exports of liquefied natural gas (LNG).

Just how important is the Calcasieu Ship Channel? A recent study found that it drives two-thirds of the gross domestic product of Calcasieu and Cameron parishes — and fully $39 billion of the national GDP.

Those statistics show that the Calcasieu Ship Channel is essential — and so is federal support and other funding for its maintenance.

Our team is just back from Washington, D.C., where we told our state’s Congressional delegation that Southwest Louisiana’s needs include federal funding for the proper and ongoing maintenance of the Ship Channel.

We, and the world, increasingly rely on a well-maintained waterway that can handle cargo ships efficiently, even as certain vessels and cargoes get larger and larger.

This support can come in the form of:

The stated funding needs for the 2023 fiscal year are $54 million for operations and maintenance and $19.5 for construction, according to the port district. For the 2024 fiscal year, the numbers are $45 million and $9 million, respectively.

The recent economic study commissioned by the port district is a deep dive into the Ship Channel’s economic might.

The study states that the port district and Ship Channel are major sources of local jobs and tax revenue — with $46 million in still more projects planned in the next five years.

The Ship Channel is a spark plug for 42,075 jobs in Calcasieu and Cameron parishes, based on 2020 statistics. That represents 45 percent — nearly half — of the area’s non-farm jobs.

With the addition of Cameron LNG and Venture Global LNG tonnage, the Port of Lake Charles should grow to become the eighth- or ninth-largest tonnage port in the nation.

0 comments on "Ship Channel essential, and so is funding for its maintenance"

Submit Comment
Go Back
About Us
Events
News
Blog

As part of Cameron LNG’s ongoing support of the SWLA Alliance Foundation, the company recently presented a check for $12,000 on March 9, 2022. These monies include their Chamber SWLA membership dues, sponsorships, and a $5000 donation to
the Alliance’s Foundation. Their donation will help address the critical issues facing our region: business recruitment, and business retention and expansion.

“2021 was another year of challenges for our region.  At the Chamber and the Alliance Foundation we were kept on task due to the steady leadership from last year’s Chair, Jim Giffin. While we were unable to show our appreciation to Mr. Giffin at our Annual Banquet due to quarantine precautions, we were happy that we got this chance to property thank Mr. Giffin for his service to the Chamber SWLA Board and the Southwest Louisiana business community as a whole,” said Chamber SWLA / SWLA Economic Development Alliance President and CEO George Swift.

Aviation is Flying High in SWLA

Our five parish region has many valuable assets in the aviation sector.  There are airports throughout the area. The Allen Parish Airport, Beauregard Airport with its industrial mega-site, Jennings  Airport, Southland Field in Carlyss , and Dequincy all have facilities to handle various private aircraft.

The Calcasieu Ship Channel is the Economic Heart of SWLA

Over the next five years, there are $46 billion of planned projects that will use the Ship Channel — adding 90.8 million tons of cargo per year to the current cargo handled.