The Calcasieu Parish Hurricanes Laura and Delta Long-Term Community Recovery Plan is an excellent blueprint for our region’s recovery and sustainability for generations to come. The over-riding issue to solve is that of affordable housing.

Hurricane Ida and its trailing impacts have left most of Southeast Louisiana and the Northeast US devastated. The images of destruction and human suffering bring our thoughts back to the aftermath of Hurricanes Laura and Delta in Southwest Louisiana. Our region continues to rebuild and recover with thousands of houses still in disrepair. Lack of insurance settlements, lack of contractors, and lack of building supplies are adding to delays in rebuilding. Several thousand of our residents are still displaced because of lack of affordable housing. One positive note is that the businesses and homes being rebuilt in most cases are being strengthened and will be better and stronger than before.

Preliminary 2020 Census numbers show that Louisiana’s population increased by 2.7 percent to over 4.7 million people. Only 19 of the 64 parishes increased population or remained the same. The rest of the parishes lost population. The area of Southwest Louisiana increased 5.1 percent. In Calcasieu Parish, the total population went from 192,768 to 216,785.

Originally published in the American Press, 8/3/2021

Three weeks from now, one year will have passed since Hurricane Laura slammed our area.

The Chamber SWLA and other community organizations joined elected officials and community leaders July 27 for a community support rally to push the message that time has long past for our region to receive federal supplemental disaster relief funding. The campaign is “Help Southwest Louisiana Now.”

Getting Back to Work

Virtually every business we know is seeking workers. Regardless of the business type, there is a shortage of folks who are ready to return to the workforce. At the end of this month, the extra $300 unemployment enhancement will end in Louisiana. This may urge many who have not been in the workforce lately to consider finding a job.

While Louisiana and in particular, our five-parish region, await a federal disaster appropriation, rebuilding continues at less than a desired pace. The industrial outlook continues to provide hope for our region’s recovery.

Posted by: Unknown on Wednesday, July 14, 2021
The late, great Hall of Fame pitcher Satchel Paige is known for the quote, “Don’t look back; something might be gaining on you.” Noted futurist Brian Solis shares that belief, especially as it pertains to businesses and their need to look forward, not back.
That is especially the case here in the post-pandemic world, according to Solis, who maintains that businesses should not be yearning for a return to the old normal but rather must adapt to the changed behaviors of consumers in what he calls the “novel economy” — as in the novel coronavirus.
Comments (0)

Evidence of resilience and rebounding in SW La.

The last two weeks have seen some major projects take shape which give credibility to the belief, that despite massive hurricane damage, our region is on the rebound.

In Beauregard Parish, one of the first major industrial announcements in over forty years was made.  Canfor Corporation will build a $160 million state of the art lumber mill at the Louisiana Economic Development Certified Site at the Beauregard Regional Airport in DeRidder. This facility will create 130 jobs and 385 indirect jobs. This also breaks the ice on a project for the airport which should lead to more industrial expansion on the 1,100 acre mega-site.

Before international pandemic and natural disasters impacted the fiveparish area’s day-to-day life, Southwest Louisiana was leading the nation for markets our size in gross domestic product.

We also were the crème de la crème in industrial announcements.

Many have wondered if our region can regain its momentum in economic development.

The answer is a resounding YES!

Last week focused attention on the growing need for investment in our crumbling roads and bridges. “United for Infrastructure 2021: A week to Champion America’s Infrastructure” had a major development for a new I-10 Bridge in Lake Charles. One week after President’s Biden’s visit to Lake Charles to make the case for an Infrastructure bill with the I-10 Bridge in the background, The Lake Charles Urbanized Area Metropolitan Planning Organization (LCMPO) passed a resolution regarding the desires of the local group to be presented to LADOT.

Nowhere in the nation are there more needs per capita than in Louisiana and Southwest Louisiana with outdated bridges and roads. State DOTD Secretary Dr. Shawn Wilson says there are over $14 billion in projects needed in the state. This backlog can’t continue and action needs to be taken. President Biden has presented a solution in The American Jobs Act. Included are many components but among those is $600 billion for roads and bridges. Lake Charles Mayor Nic Hunter joined with Shreveport Mayor Adrian Perkins to issue a joint letter discussing the need for federal infrastructure support. The two mayors stated there are roughly 13,000 bridges in the state. One thousand six hundred or 12 percent are deemed structurally deficient. Louisiana receives a D+ on its infrastructure scorecard. There are currently 3,411 miles of high in poor condition, costing drivers over $667 in repairs every year.

Rebuilding a local or regional community/economy after a pandemic or natural disaster is difficult and complex.

No matter how much planning government and business leaders may have done prior to the troubles, the eventuality is that slow and spirit deflating moments become the reality. 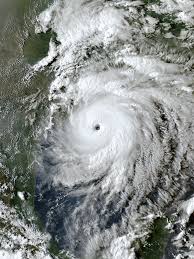 Our region has endured perhaps more than any other in our nation with two powerful hurricanes and an ice storm amid a worldwide pandemic.  Despite these challenges, Southwest Louisiana continues to thrive.  Our industrial base is strong, our aviation sector is growing, the hospitality industry is rebounding, our vital medical community continues to be the area’s largest employment sector, and agriculture is still the foundation for our region.

Hurricane Recovery In Lake Charles, Louisiana Region Will Be Successful Only With Planning and Regionalization

Southwest Louisiana finds itself in almost the same situation as it did after Hurricane Rita wrought destruction in 2005.

Rita, which caused an estimated $18 billion in damage along the Gulf Coast and the Caribbean, had a negative impact to the tune of $8 million in Louisiana.

Fixing roads and bridges should be a nonpartisan issue. However, the political climate on the national and state legislative fronts has turned infrastructure into another divisive issue. The needs in our nation and especially here in Southwest Louisiana must be addressed without further delay. Failure to act not only impedes commerce, but puts our lives in danger.

In the 1920s Calcasieu Parish Rose Above Problems and Built for the Future...the Port of Lake Charles Was the Result

In the 1920s, Lake Charles and the surrounding areas were feeling the painful effects of a struggling lumber industry, a rice depression, post-World War One economic problems, namely two recessions, rebuilding from the Great Fire of 1910 and a Category 3 Hurricane in 1918.

American rescue plan can save our businesses

Congress passed and President Biden signed the $1.9 trillion act known as The American Rescue Plan. Regardless of your political or philosophical beliefs about the size of the bill or the items contained in the plan, Southwest Louisiana will benefit tremendously from this legislation.

We urge every businesses owner and especially every restaurant owner to check out the benefits.

Embracing Diversity, Equity and Inclusion Will Lead to a Rebuilt and Vibrant Southwest Louisiana

Pandemic, hurricanes and winter storms have pushed many businesses to the brink.

All of us who serve in Chamber and economic development roles anxiously await information related to recovery, loan and grant programs that will benefit our communities. We will share that information and provide assistance to anyone in need.

Our region is fortunate to be home to dozens of industries that not only provide good-paying careers, but also make financial contributions for the well-being of our area. No company has exemplified this any greater than Cheniere Energy.

COVID impact is still with us as vaccine supplies increase. Full reopening of our businesses and activities are possible when we bring the disease until control.

There is a major issue that is badly needed and could possibly unite our elected officials in Washington. That issue is finally taking action on our country’s crumbling infrastructure. Southwest Louisiana is the poster child for outdated and unsafe bridges with the I-10 Bridge over the Calcasieu River at Lake Charles. Built in 1952, this bridge has been in service many years past its lifespan and certainly exceeds its designed vehicle capacity every day.

Reasons for optimism in 2021 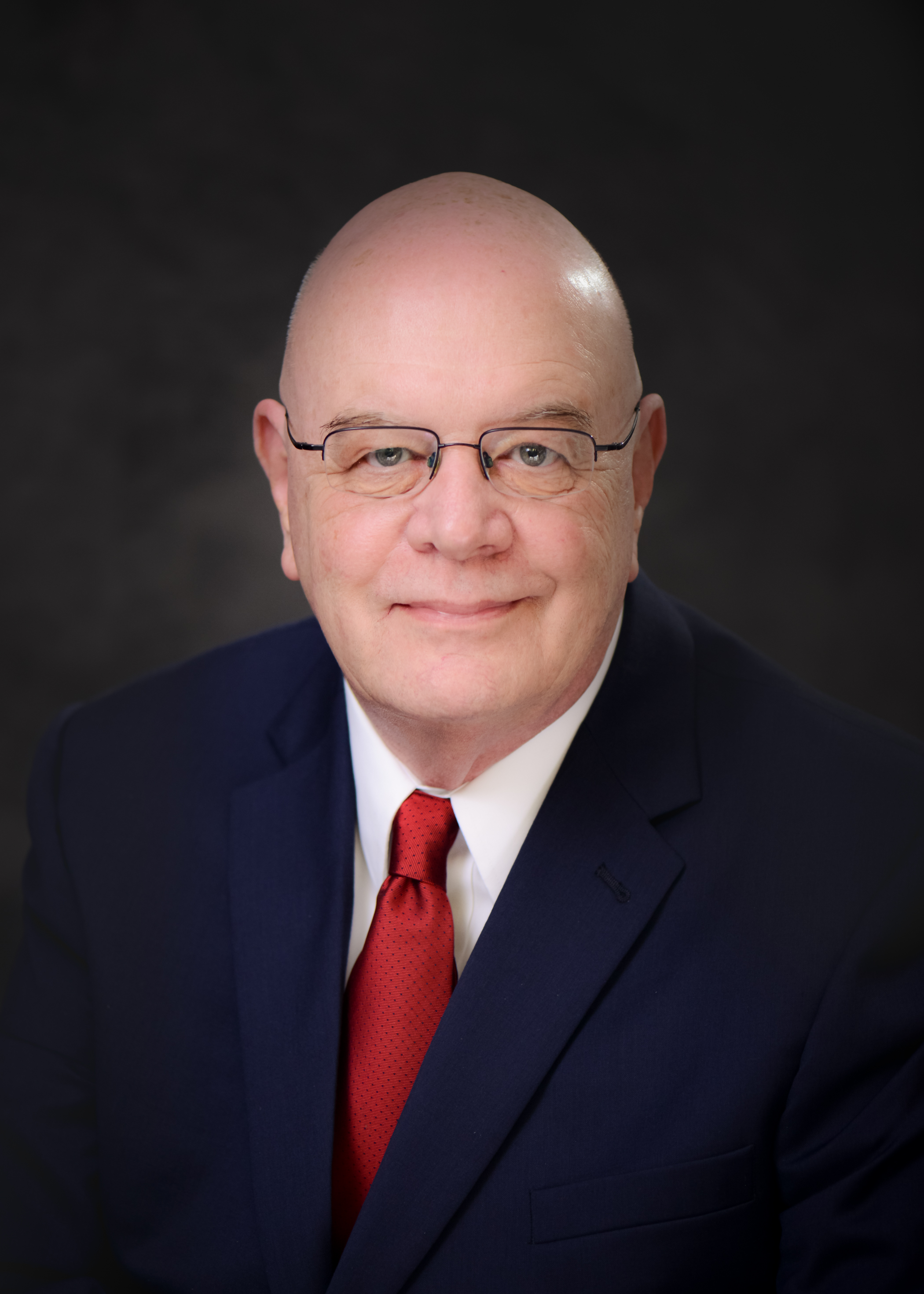